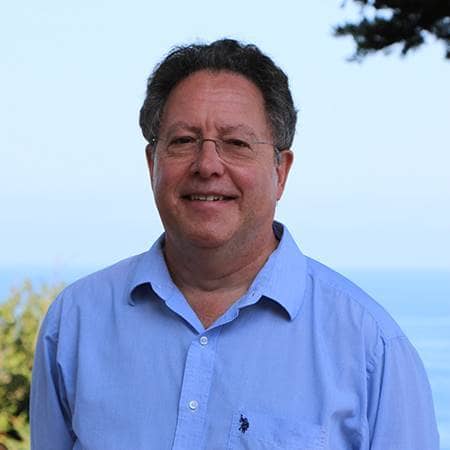 Providing advice and assistance, as required, to the Director, other members of the staff, IATTC CPCs and the AIDCP Parties, regarding all policy, legal and institutional matters related to the work of the Commission or the implementation of the AIDCP. Monitoring and supervising, as appropriate, all inputs and outputs of a policy, legal or institutional nature. Supervising the work of the Policy and Compliance Division.

Born in Caracas, Venezuela, and raised in France, Jean François Pulvenis is a national of both countries.

His relationship with IATTC goes back many years. He was a Venezuelan Commissioner from 1994 to 2002, he chaired the Commission in 2000-2001 and chaired the negotiations leading to the Antigua Convention, from their start in 1998 to the adoption of the Convention in July 2003.
Immediately before joining the IATTC staff, Jean-François Pulvenis was Director, Fishery and Aquaculture Policy and Economics Division (formerly Policy and Planning), at the Food and Agriculture Organization of the United Nations (FAO), in Rome, Italy (2002- 2011).

Previously, after finalizing his studies, he had joined the Ministry of External Relations of Venezuela, as an adviser (“Asesor”), and was promoted successively to the ranks of Minister Counselor (1984) and Ambassador (1985). In the Ministry, he was in charge of the units responsible for all matters related to the seas and oceans, sovereignty and jurisdiction and transboundary hydrographic basins, ecosystems and resources, first, as head of the Maritime Boundaries Division, then as Assistant Director of Boundaries, and finally, Director of Land and Maritime Boundaries for 12 years, until his appointment in 2000 as Ambassador plenipotentiary to the Cooperative Republic of Guyana and Representative Observer to CARICOM. In 2000, he was also appointed as a member of the bilateral Venezuela-Colombia Presidential High Commission on delimitation of maritime areas and other issues (migrations, international watercourses and hydrographic basins) and, in 2001, Head of the delegation for the negotiations on maritime delimitation with Granada. In 2002, he was detached and authorized by the Ministry to serve in the position for which he had been selected by the FAO Director-General.

In the field of fisheries, he represented Venezuela in numerous fora and activities. At the bilateral level, in addition participating in the negotiations that led to fisheries agreements with Trinidad and Tobago and Suriname and, subsequently, in the work of the respective bilateral fisheries commissions, he led negotiations towards possible fisheries agreement with Guyana. He represented Venezuela in regional fishery bodies such as WECAFC, OLDEPESCA and ICCAT: in the latter, he chaired the General Working Group in 1998 and 1999. At the global level, at FAO, he actively participated in the negotiation of various international instruments, such as the 1993 Compliance Agreement, including as one of five governmental experts that were appointed by FAO to participate in the elaboration of the first draft of the agreement. He also participated in the negotiations of the 1995 Code of Conduct for Responsible Fisheries, during which he chaired the Drafting and Linguistic Harmonization Group, which worked on the final text of the Code. He chaired the Negotiating and Drafting Committee of the 1995 Kyoto Declaration and Plan of Action on fisheries and food security. He was the vice-chair of the Consultation which finalized in September 1998 the negotiation of the FAO Plans of Action on Fishing Capacity, Sharks and Seabirds. For several years he participated in the FAO Committee on Fisheries (COFI) and was elected in 1999 to chair its Drafting Committee. At the United Nations, he headed the delegation in the negotiations of the 1995 UN Fish Stocks Agreement. Previously, during the negotiations of Chapter 17 of Agenda 21, he had been elected to chair the Working Group on marine living resources under national jurisdiction. He was also actively involved in the negotiations on Chapter 9 of the protection of the atmosphere as well as on the text of the Rio Declaration.

In the field of the environment, at the national level, he was a member of the Venezuelan National Oceanology Commission [“Comisión Nacional de Oceanología”], from 1988 to 2001, as a coordinator of the working group on legal and legislative matters. At the regional level, he was an active participant in the meetings of the Caribbean Environment Programme and the Cartagena Convention. In particular, he chaired the negotiating and drafting committee on the Protocol on Specially Protected Areas and Wildlife in the Wider Caribbean Region (SPAW Protocol) (1990-1991) and headed the Venezuelan delegation in the negotiations leading to the Protocol on Pollution from Land-Based Sources (2000). At the global level, he was Head of Delegation in the Intergovernmental Negotiating Committee for a Framework Convention on Climate Change (1991-1992) and in the Intergovernmental Conference to Adopt a Global Programme of Action for the Protection of the Marine Environment from Land- Based Activities (1995).

In the field of the Law of the Sea, he actively participated in 2000 in the UNESCO Group of Governmental Experts on the Draft Convention on the Protection of the Underwater Cultural Heritage; and previously as Head or Alternate Head of Delegation in the Preparatory Commission for the International Sea-Bed Authority and for the International Tribunal for the Law of the Sea (1987-1993) as well as member of the Venezuelan Delegation to the Third United Nations Law of the Sea Conference (1974-1982).

In the field of general international law, he was Head of Delegation in the UN Working Group for the Elaboration of a Convention on the Law of the Non-Navigational Uses of International Watercourses (1996-1997), being appointed Coordinator of the consultations on the Preamble of that Convention.


Teaching:
Jean-François Pulvenis was a faculty member and lecturer at the Summer Academy of the International Foundation for the Law of the Sea at Hamburg, Germany (2008-2010), at the seat of the International Tribunal of the Law of the Sea (ITLOS), where he was also invited to make presentations in the framework of the joint ITLOS- Nippon Foundation capacity building programme (last conference given in 2012). He was also a faculty member and lecturer at the Rhodes Academy of Oceans Law and Policy, Rhodes, Greece (2008 and 2009). In Venezuela, he had been a lecturer at the Post-Graduate Institute “Pedro Gual” of the Ministry of External Relations (1994) and at the Post-Graduate Studies Institute of the Venezuela Central University ["Instituto de Estudios de Postgrado de la Universidad Central de Venezuela"] (1984-1986).

He was also invited to give presentations and lectures on international law, international law of the sea and related topics, in Caracas at the Andres Bello Catholic University, Metropolitan University as well as, on a regular basis, at the Institute of Advanced Studies on National Defense and Naval War College, as well as, after joining the IATTC staff, in San Diego, at UCSD and the Scripps Institute of Oceanography.