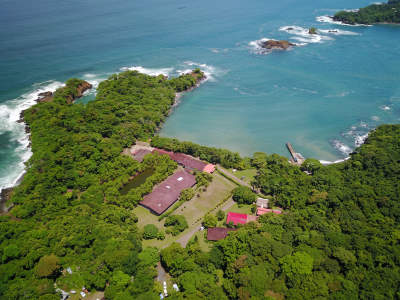 The Laboratory is adjacent to Achotines Bay on the southeastern tip of the Azuero Peninsula on the Pacific coast of the Republic of Panama.    The continental shelf off Achotines Bay is quite narrow: the water reaches depths of over 200 m less than 8 km from shore, affording scientists ready access to oceanic waters where spawning of tunas occurs during every month of the year. 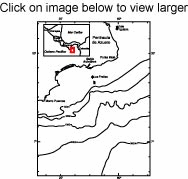 On land, the laboratory site includes tropical dry forest, now the rarest of the major tropical ecosystems.  Once this type of forest covered 550,000 km2 of the Pacific coast from Panama to Mexico; today only some 10,000 km2 remain intact, and of those less than 600 km2 are officially protected.  The majority of the trees in Los Santos province have been cleared for pasture and farming, but forest still covers over 120 hectares of the area immediately surrounding the Laboratory. 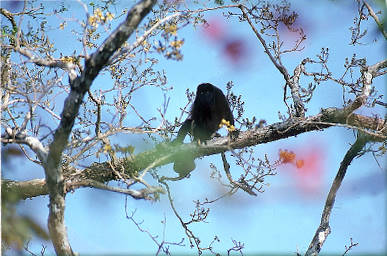 
The region is characterized by marked rainy and dry seasons and dynamic marine circulation patterns, resulting in a wide natural variability of the near shore habitat.  More than 150 species of fish have been collected in Achotines Bay and its immediate vicinity, including at least 10 species of tunas and billfishes.  Achotines Bay contains one of the few mainland coral reefs found on the west coast of Central America.  The nearby Frailes Islands are well-known seabird rookeries.  A major nesting site for sea turtles is located nearby at Isla de Cañas, and several species of whales and dolphins can be sighted locally.